This sub $500 price point for a drone of this caliber could be a real game changer in the drone world.
The MI has many similar features to the very successful DJI Phantom 3 and the newer Phantom 4 semi prosumer drone series.
Those DJI drones are at price point closer to somewhere around $1200.
In case you didn’t know who or what Xiaomi is they are a Chinese electronics manufacturer best known for cheap and cheerful Android smartphones. These smartphones offer many top end features for about half the price. It seems Xiaomi is applying this same business model to the drone segment of the market place.
It should be very interesting to see what impact this has on the drone market growth rates.
It is always good to see price points for equipment coming down to spur adoption and growth in a new market segment.
Hopefully this is just the beginning of these competitive market forces influencing the drone market place and pricing. 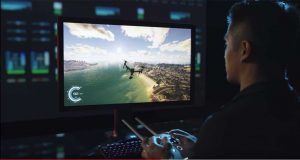 Inspired Flight IF700 Named the Official Drone of the IDRA