As of today now that a court overturns drone registration law if you buy a new drone in the US or just fly your drone for fun you no longer have to register your drone with the FAA. A federal court in Washington, DC over turned the drone registration law that went into effect in 2015.
The court ruled that the FAA’s drone registration rules which have been in effect since 2015, were in violation of a law passed by Congress in 2012.
That law named the Modernization and Reform Act, prohibited the FAA from passing any rules on the operation of model aircraft. Drones or UAV’s or Quadcopters are considered model aircraft in the eyes of the law.

The lawsuit was brought by John Taylor, a model aircraft enthusiast in January 2016.

Generally the drone industry is not all that happy with this out come.
“The FAA’s innovative approach to drone registration was very reasonable, and registration provides for accountability and education to drone pilots,” DJI’s head of policy Brendan Schulman said in an email to Recode. “I expect the legal issue that impedes this program will be addressed by cooperative work between the industry and policymakers.”

How this will play out is unknown at this time. The FAA will appeal the decision. Also Congress may play a role and and some clarity to the FAA’s authority to pass laws in regards to the use of model aircraft.

The law the court said the FAA violates will expire in September without any further action.
There are some in Congress that are said to be preparing a bill to address the FAA’s powers to regulate model aircraft. 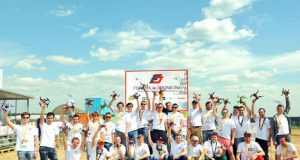 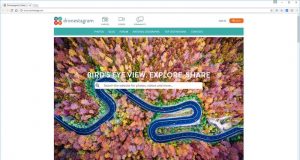